Tantalus stood in a pool of water under the branches of a fruit tree. The water was touching his chin, but he felt so thirsty. The moment he tried to drink, the water disappeared. He looked up at the fruit tree. He tried to reach for some fruit, but the branches vanished in the mist…

You might also like
In Lak’ech
A dialogue between dance & voice as a journey to connection
The Glitch
What if freedom is not what we long for?
Together
An ode to the strong, powerful and fragile woman of our time

Marie and Milda fill your inbox with a feast of stories: from slaughtering a pig to make sausages in a small Lithuanian village to being served from golden platters in the presence of the Queen; from the everyday heartbreak of a birthday party gone wrong to the disorientating terror of self-starvation; featuring cold fish, abandoned cocktails, banana sandwiches and drunk baboons.

Inspired by the myth of Tantalus, who was cursed to be always surrounded by delicious food but never able to eat, the stories explore the many meanings of food and hunger: as signifiers of love, of childhood, of memory, of indulgence, of self-denial, of home.

A La Carte serves you six short multimedia films sent daily directly to your email, plus a Zoom dinner party for all participants.

Marie and Milda's ability to captivate the audience, keep the pace fast, fun and entertaining as well as smart is spot on. I cannot recommend them enough. 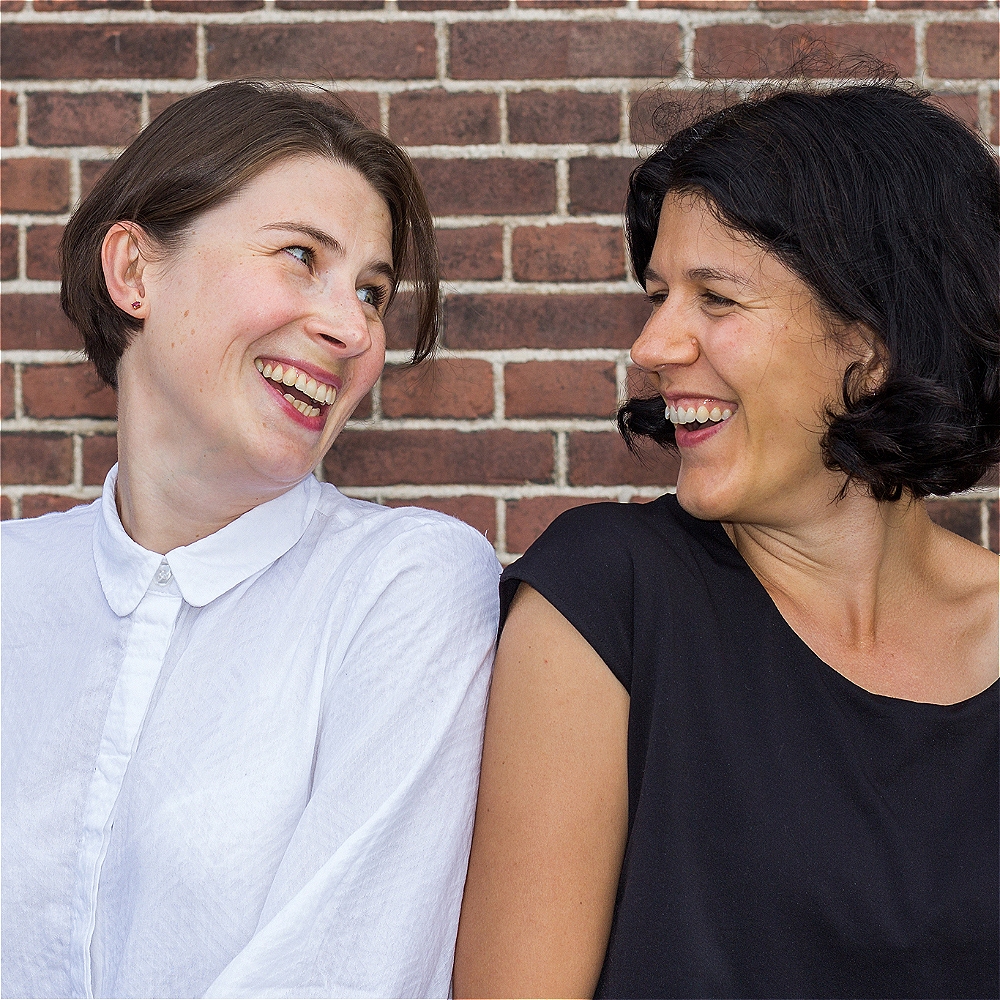 Marie Phillips is a British writer and storyteller. Her work includes the international bestselling novel Gods Behaving Badly, which was made into a feature film, and two comedy series for BBC Radio 4. As a storyteller she has performed across the UK and the Netherlands, including at the prestigious Oerol theatre festival. She takes her inspiration from history and mythology, with a modern twist. “As if Jane Austen were rewriting Terry Pratchett” – The Guardian.

Milda Varnauskaitė is a Lithuanian storyteller based in Amsterdam. She performs all over the Netherlands and Lithuania, fusing stories from the Baltic region with her foreign experiences. She has performed at Amsterdam Roots festival, Explore the North festival in Leeuwarden, and the Frascati and Podium Mozaïek theatres in Amsterdam. Milda teaches storytelling at Vilnius University and is a founder of the Baltic Storytelling Centre in Lithuania.

Written and performed by Marie Phillips and Milda Varnauskaite