Slimapocalypse – The Adventures of BG and TG 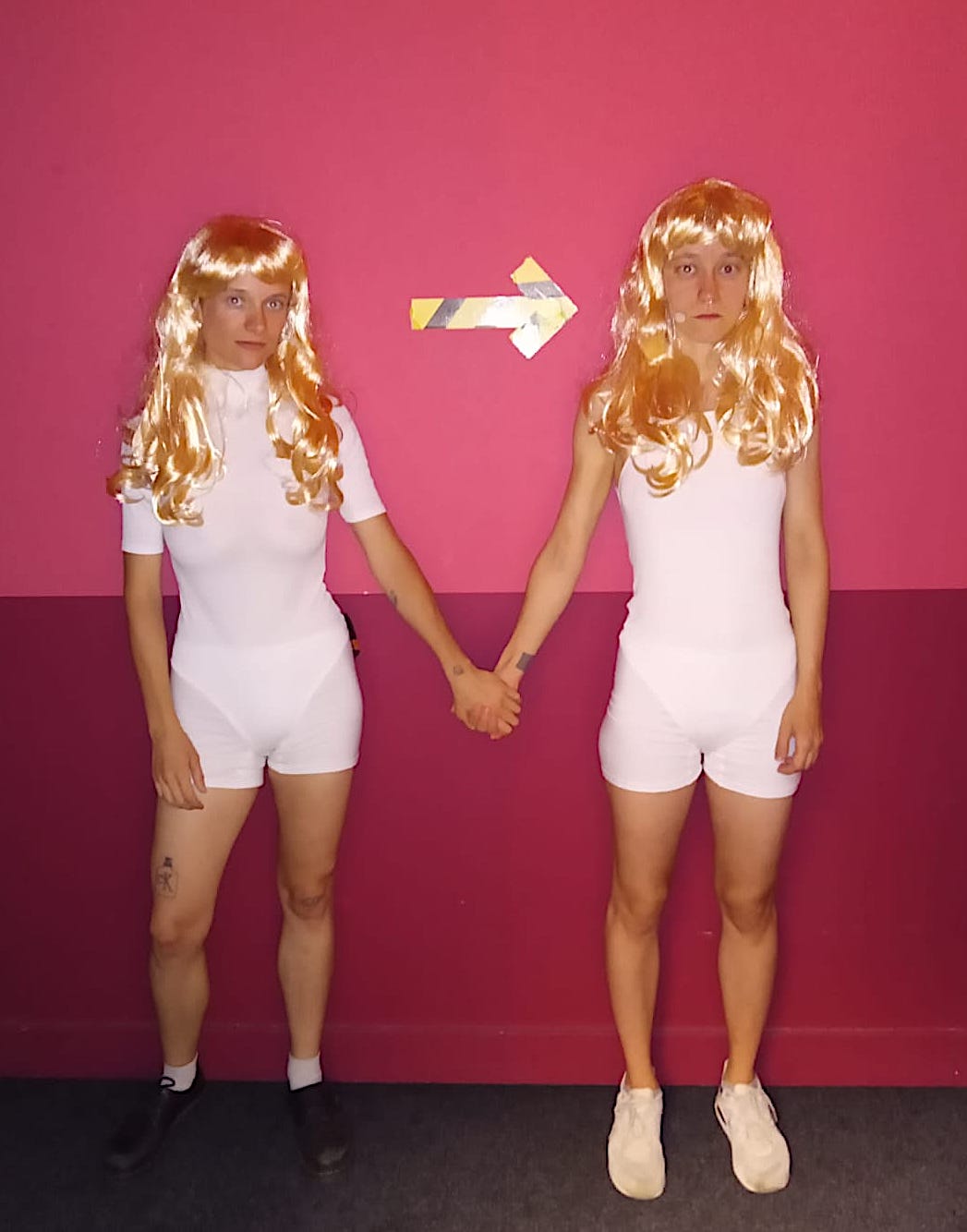 Hanna and Nadja met while studying at the Gerrit Rietveld Academie in 2016. Since then an exchange and collaboration started.

Hanna is a performer and writer dealing with topics such as gender, sexuality and the body. Her performances, which are scripted and staged, often revolve around old clichés and stereotypes. An interest in fairytales and symbolism also frequently recurs in her pieces. She has been performing and exhibiting in various venues such as Theater Bellevue, C&H Gallery and De Appel in Amsterdam, Gallery Detroit in Stockholm and Sanomatalo in Helsinki.

Nadja is a video and sound artist, with a great interest in curating and working collectively. In her videos, images and sound installations she twists normative narratives to question the constructed perceptions by society. Her works are often text based and aim to create universes in which the human’s superiority is questioned.
She has shown her works at Stadsschouwburg and De Brakke Grond in Amsterdam, NieuweVide in Haarlem, Frappant Gallery in Hamburg amongst others. She also works as an organiser, curator and teacher for the yearly Nomad Camp in Khanty-Mansiysk, Siberia.

With the premiere of “Slimapocalypse” Hanna and Nadja are very excited to announce the starting point of their artistic duo Skunk Kinder.